Our beginnings are rather simple. 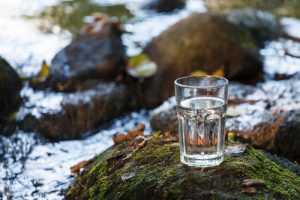 Finding a natural water source that produces both alkaline and magnesium and to re-define hydration that will benefit athletes before, during, and after strenuous exercise.

That was the mission……..eight years ago. we believed that there were too many waters already on the market that either had alkaline, or had electrolytes, but very few if any had both and even fewer came from a natural source. The Adobe Spring’s magnesium content was over FOUR TIMES the recommended daily allowance, which happens to be scientifically proven to be the most critical electrolyte that is required for heart and muscle health, as well as a multitude of other health benefits. Including the prevention of strokes.

It also contained the necessary levels of alkaline for faster water absorption at the cell level, which provides muscles to work at their optimum performance.

Paul Mason, who owns and operates the Adobe Springs with his knowledge of the importance of magnesiumis had a mission to educate the public of its benefits… and opened many eyes of those who were health conscious.

In time, we knew we had found the natural source we were searching for at the Adobe Springs. We wanted to bottle and brand Paul Mason’s water to share with everyone who drinks bottled water.

That is how we incorporated the magnesium into our brand M>PWRH2O, with the “M” representing magnesium and educating the world to bring attention to the importance of magnesium in the water we drink.

The Adobe Springs are the only licensed water source in California that meets the UN’s World Health Organization’s Magnesium Content.

One of the few water sources on the planet that has this amount of naturally produced magnesium, without having harmful levels of Sodium, Acidity and other harmful contaminants and particulates.

Most filtered and bottled water provide little or no magnesium.

The Adobe Springs is rated as one of the healthiest water sources in the world, referenced in Bill Sardis’s book, “In search Of the World’s Best water” as well as Carolyn Dean’s “The Magnesium Miracle”. 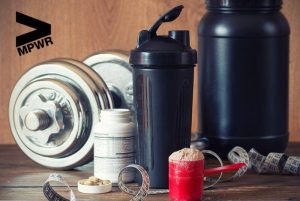 The harder you work out, the quicker your performance levels drop due to muscle fatigue caused by the body’s buildup of lactic acid and toxins that reduce the body’s pH levels, which in turn limit the muscle fibers from their full potential.

However, increasing your body’s pH (PH refers to the acidity of drinking water) by drinking alkaline water will boost performance and endurance levels during intense anaerobic activities, such as sprinting and weightlifting.

Why?  Alkalinity retains the muscles ability to efficiently use oxygen longer during periods of high physical activities through greater hydration at the cell level.

The pH Scale below will provide a snap shot of how pH (Potential Hydrogen) is measured. Keep in mind that too much alkaline is also not good for the body. The scale below is logarithmic, which means that each whole number is 10 times greater than the previous. For example, a pH of 6 is 10 times more acidic than a pH of 7.

Therefore when some alkaline waters sold advertise an alkalinity of 9 + and the body’s pH neutrality is 7. That 9+ PH is 100 times the level of pH from neutral. Not everything greater is better for the body.  The recommended range of pH in drinking water is 6.5 to 8.5.